Junaid Khan got married on Monday 10 February. He was did not made it to be in the world cup squad because of leg injury. And someone else filled the place of world cup in his life.

Junaid Khan could not make it to the world cup due to leg injury, and he was on vacations these days. So his parents decided to ring his wedding bell. His marriage ceremony was held on Monday walima will be on Tuesday 11  February. Resources told that he tied the knot with the girls of his family’s choice, which is said to be his cousin, and someone else took the place of world cup in his his life. Marriage ceremony was held in Swabi which is his native village, but his family has settled in abroad. 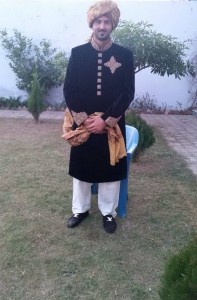