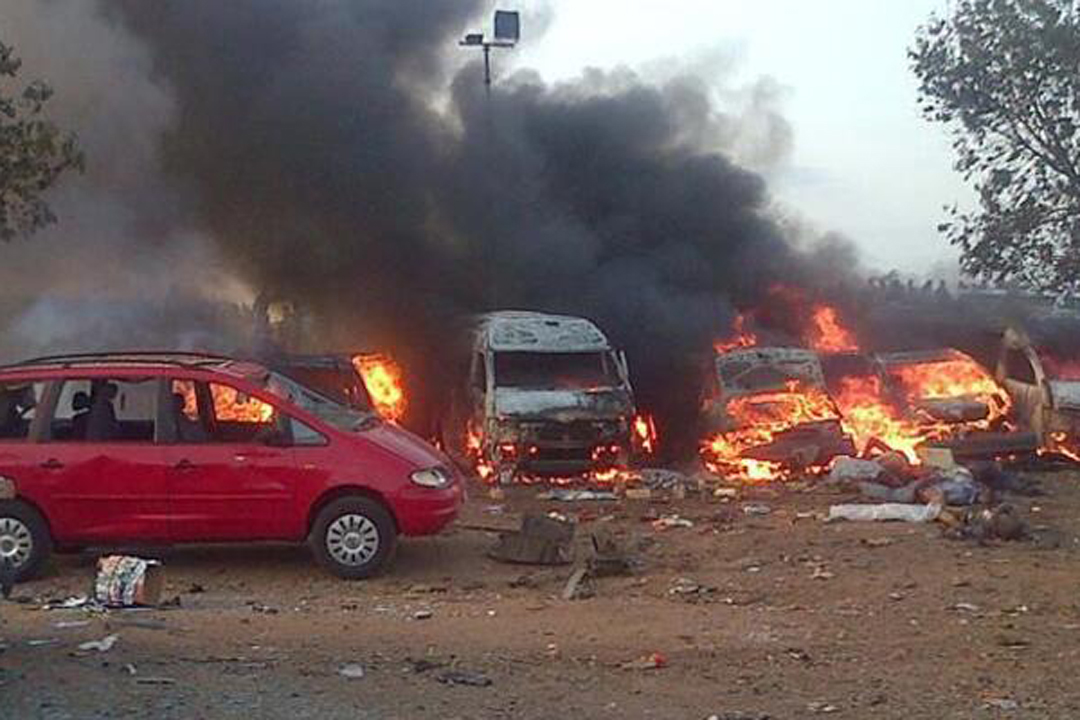 Bomb Blast On A Bus Station In Nigeria, 20 Killed And Several Injured.

In a bomb blast on a bus station in Nigeria, 20 people are killed and several are injured.

According to a source in the southern west city Gombay of Nigeria 20 peoples are killed and several are injured in a result of bomb blast. As per source bombing stuff was placed near a bus. The injured are shifted to hospitals but they are told in serious condition. It must be noticed that the government had announced elections on 14 February but due to the continuous attacks specially in southern west it seems almost impossible that the election would held.