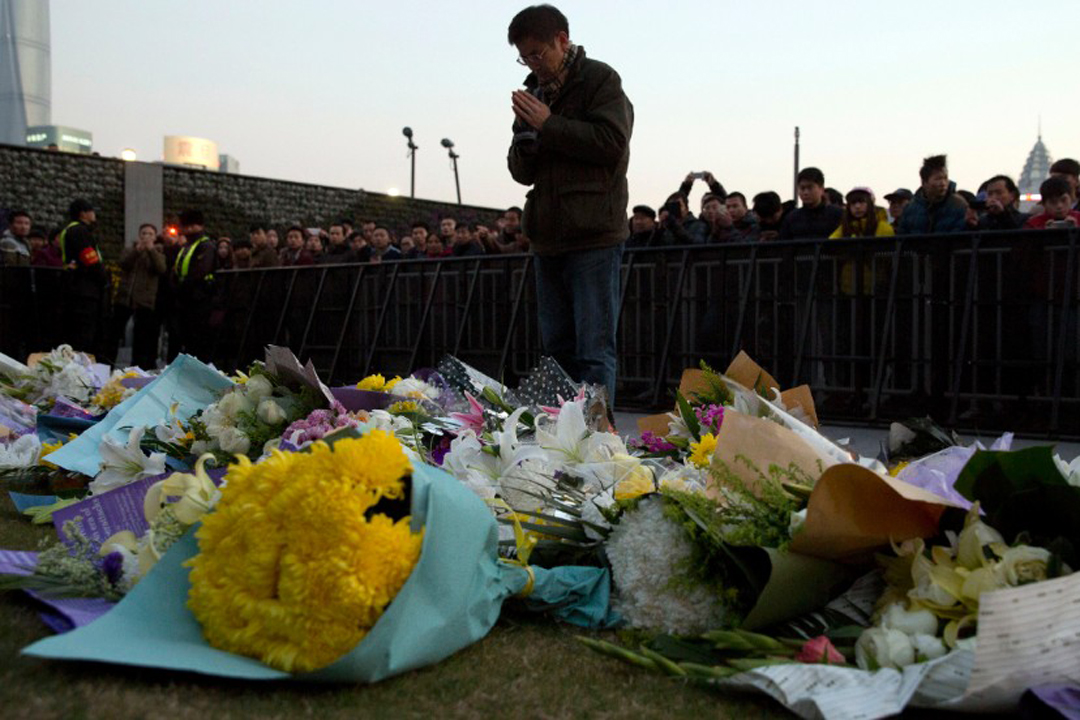 In China on the occasion of new year ceremony of 2015, 35 people were killed and dozens were injured because of hustle and bustle.

According to a news resource in Hwang Poo district of Shanghai, ceremony was held for welcoming 2015. People were celebrating that suddenly there was hustle and bustle and people started to run here and there, which results in the death of 35 people and dozens were injured. Helping scouts shifted the injured to the hospital on an urgent note, where they are under treatment, but doctors said that they are in serious condition and more deaths can be occurred. The rulers said that the reason of hustle and bustle is not found yet, but some are of the view that people started to run to catch the notes of false currency thrown from a building.