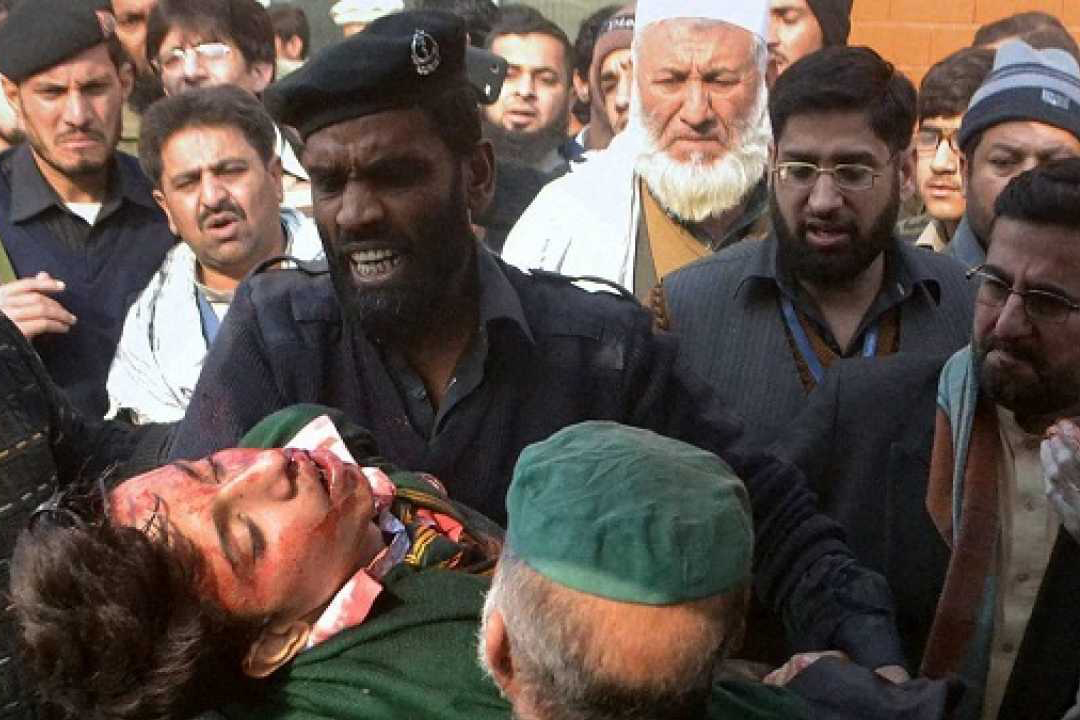 An other Attack from unidentified Armed men on a private army school.deaths acrossed the number of 140.what the innocents are paying for.

Today Peshawar is again became the victim of terrorist attack.Some unknown terrorists opened fire on a private school which is an army based school near the army housing society and provincial election commission office on Warsak road.According to the news of a vigilant source the deaths have risen to the 140.Innocent children are killed in this attack.Nobody knows what these innocent children are paying for.President of Pakistan Mian Nawaz Sharif and PTI chairman Imran Khan are busy in giving their own statements. Although Taliban have accepted the responsibility but no one knows what the truth is and if it is dine by Taliban then what is the real motive of them.

terrorists break into the school building in the uniform of army forces.Pakistan army took the hold of operation in which 4 terrorists are killed and cross firing is still going on.