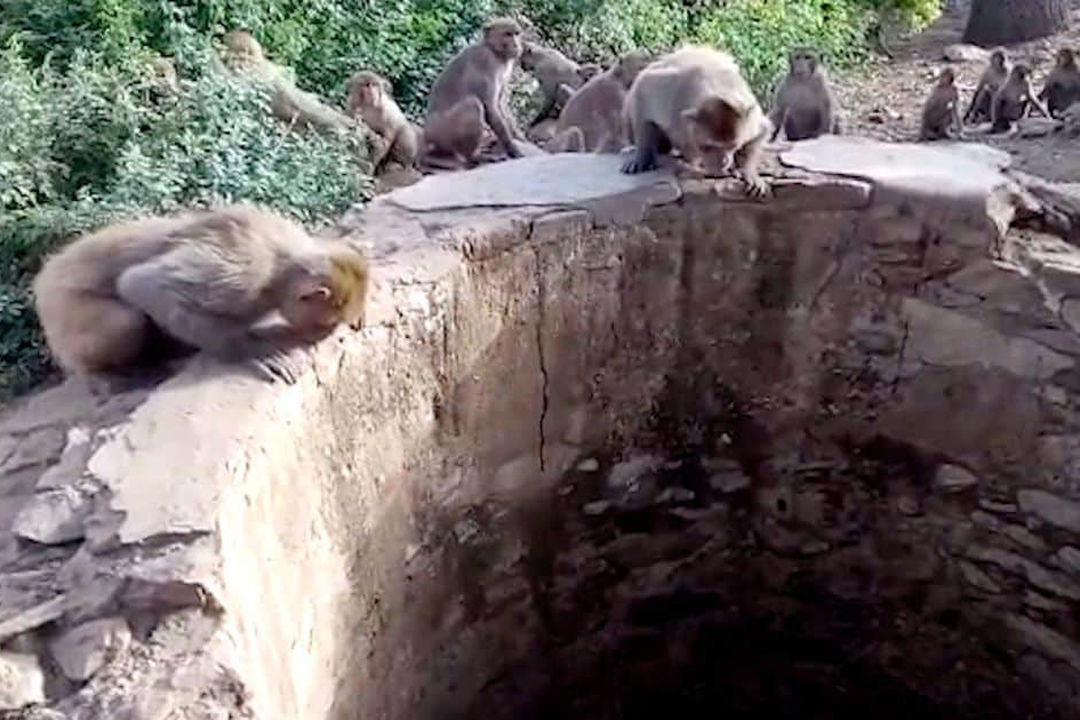 Have you ever seen a rescue operation by monkeys, if you have not seen then you must watch this video.

the spirit of love is not only seen in human beings it is also found in animals. As it has been seen on a railway station of Kaan Pur in India. Where a monkey was busy in playing with electric wires. Suddenly from an electric poll he got an electric shock, he fell down on a railway track and became unconscious.On seeing this another monkey came there and tried to dived him into cold water, and after the struggle of 20 minutes he became succeeded..first monkey came into his conscious and both of them went from there.