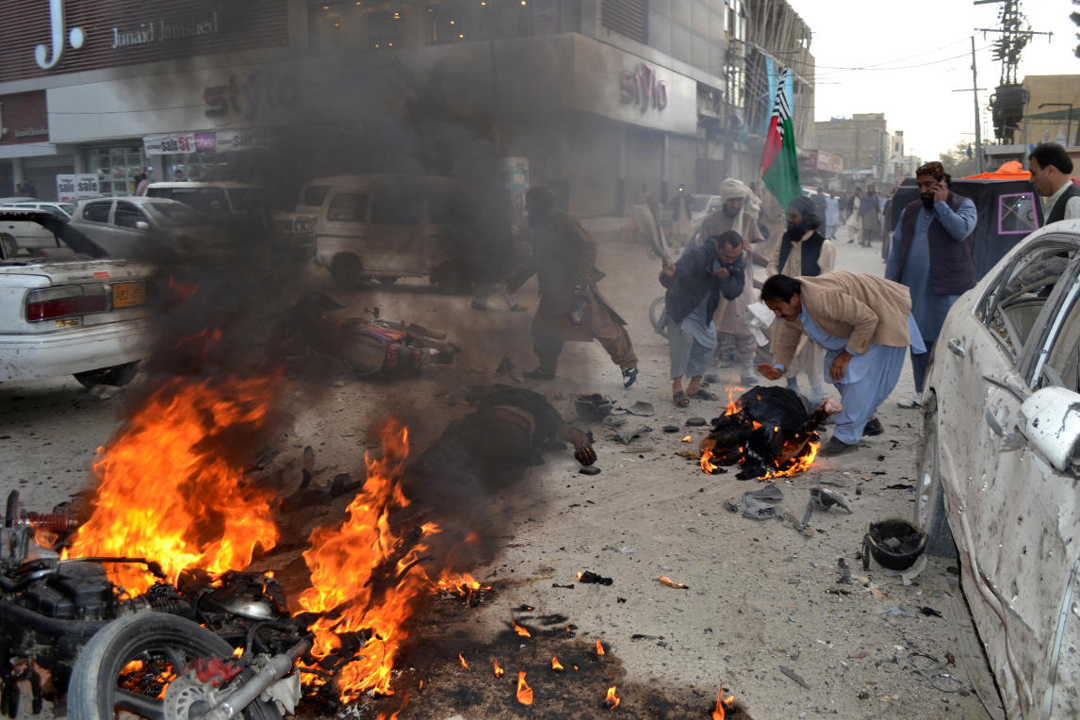 Another Bomb Blast In Pakistan

Another bomb blast in Pakistan, another terrorist attack in Pakistan. Will Pakistan face some dispute between the religious parties or it is going towards the civil war?

There is no doubt that Pakistan is going through a tough time. Many things or many powers are working Pakistan. On one side the powers are making strategies against Pakistan on the other hand talibaans are stood in its rivalry. Pakistani people had not recovered yet from the Peshawar tragedy that it faced another blast in shikar pur in Karachi. Government has taken sudden steps and conference was called, but the question is that are these steps enough for the Pakistan. Is there any one in Pakistan who will be capable to find the solutions of these problems.

The attack was done at the time of the jumah prayer when the imam started the jumah prayer. almost 300 people were present in the imam bargah, it has heard that almost 51 people are killed and more than 50 are injured.

The blast was done in the imam bargah which is holy place of the Ahle e tashih, who are very sensitive about their religious beliefs. Now another question is that how will they take this tragedy. Will they consider it a calamity or they will stood against government to take some serious and immediate steps. If it takes a sort of religious parties dispute. It happened then it can start a civil war in Pakistan.